Yeah
What up, though?
It’s Rio Da Yung OG, nigga
Boyz in this bitch, nigga, free Big Ghetto, free the whole ghetto
Y’all know what the fuck goin’ on
Still shit talkin’, nigga
This shit still in me too, nigga

I’m noddin’ off, wastin’ ashes on my Burberry
High as fuck, tired of smokin’ Runtz, who got some old cherry?
Moncler bubble coats, you in a whole Pelle
Fuck a bitch and steal somethin’ out her purse, you know I’m so petty
But it’s a dime in blues on me, I ain’t broke, baby
Gucci Guilty, got her sniffin’ on me, I ain’t coke, baby
Niggas really soft, they get on Facebook actin’ so crazy
Pick up some snow and cut a nigga’s brick, I’ll snowflake him
Red tips in the 9, I’ll yellow tape him
Destin got some Perc-30s and I’m scared to take ’em
Bust down a hundred ‘bows right now and won’t sell an eighthy
Two K’s’ll lift his soul up, have him levitatin’
Pussy probably shoot me in my back ’cause he scared to face me
And I put that on my kids, Reggie Babybee
Just made a half off ten grams of glue and a reggie eighthy
I got some blow that’s hittin’ hard, you ready, auntie?
Just hit a line at one time, I’m prayin’ for your safety
They tryna give my nigga all that time, I’m prayin’ for his babies
Might as well come and work for us, we payin’ more than Macy’s
Scared to hit a bitch out in the C’s, I heard they got rabies
Seven Perc-10s got me itchin’ like I got scabies
Dog don’t even know if them his kids, he got five maybes
Two 9s’ll hit him seven times like July 18th
Bro was nineteen, he caught more bullets than Rashard Davis
I’m high as fuck off Phenergan, I need another Black
Tryna go to war with one four-five, I need another strap
I need a K, damn, I wish it was ’16, I had a bunch of Act’
If you bought some lean and tried to leave, then I was cuttin’ that (Facts)
Tryna bake a brick, show me where the nearest oven at (Where it at?)
I got a thousand Roxies, show me where they payin’ double at
If I sell ’em in a week, then I’ma double that (I’m on my way)
Tryna sell dog a hit pint, ayy, where Double at? (2G’s)
I tell it how it is, this humble rap, I don’t mumble rap
I got the cash to buy this shit, but I’m punchin’ that
On my way OT, if it go good, I ain’t comin’ back
Five hundred pills in the bag with a bunch of crack
Let them bitches get behind us, we tuckin’ that
Don’t give a fuck if I’m with my granny, she stuffin’ that
Tryna make a hundred bands off a zip, y’all hustle backwards
If they get the ups and I had to run, I’m bustin’ backwards
I knew it was straight drop when I cut the plastic
Whack a nigga, burn his body up, then puff the ashes
Talkin’ heartbreaks, I dropped a pint of Tech and bust the glass
I knew it’s snakes in the yard, so I shot up the grass
Took my mama’s paycheck and bought a strap, she whooped my ass
I left and ran into an opp and bust his head
Popped an ‘erc and hit her on the air mattress and bust the bed
I left the Wock’ straight drop, but I cut the red
I still put the tax on it like Uncle Sam
Put my trust in an old Taurus and it fuckin’ jammed
Me and Tay just stomped a nigga out, he got a pumpkin head
How you sellin’ dope on DDA and don’t know Pumpkinhead? 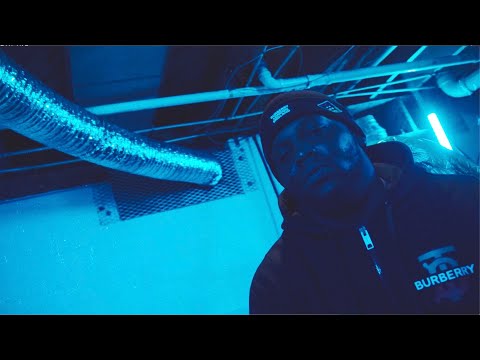