What If It Was Me Lyrics by Tech N9ne ft. Krizz Kaliko

Free your mind, and remember
Winners are not people who never fail
But people who never quit
All I ever wanted was to sell
Records to the people make a lot of mil’, yessir
Rap to me, it was the holy grail
I’m gonna go and do it, I’m never gonna fail
Yeah, but first I gotta make it out of Hell

Wake up and I see crime
All of us we on it’s eat time
My homies love me yelling “Peace N9ne”
At the same time, throwing B signs
Throwing em back and repping the street, I’m
Doing music and I’m writing beast rhymes
But my V-Slimes, had no weak minds
Got with the music, started a group and we shine
Music gave us hella hope
Made it up out of the bangin’ and sellin’ dope
We were stronger than a bottle of Yoke
Till one of our members found a kid to grope
Then your honor gave the peddy the rope
Losing a man, the band began to slope
Never did think a plan was damned to croak
So doing it solo-dolo stands the G.O.A.T
Started making hella LP’s
2000, all the way to five, felt free
Because of the hand the label dealt me
But in ‘06 Fontana helped us melt cheese
Number one independent gonna be spending a ton of funds, in a minute
That’s when the government want the sums, then I send it
In a couple of months I’m done and replenished

Everywhere I go, I’m selling out the show
Around the world I kill em and everybody know
Whenever we hit the studio and Tecca Nina drop, hot
Even though I will go toe to toe if somebody bang on me
But I’m rolling in the dough and I’m really respected and protected
Chances of me getting shot, not

Everyone loving the Tech
Publishin’, I get a check
Loving the cities that with me, the people that call me the best
I don’t have any regret, but it’s a bit of neglect
Missing my babies I love em and none of ’em leaving me yet
Feeling good like a villain should
In a mansion, but I’m still in hoods
Not like Trayvon, J’s on
Khaki shorts with a red tee like I will and could
I can conceal it my permits say
If evil happens to swerve this way
Hope nobody deserves quick spray
I feel an angelic surge this day
They feeling my songs
Been doing it long
They want me to sell ’em my CD right outta my home
Cos I’m in the zone
I’m putting em on in front of the store when a couple of police won’t leave me alone
Why they tripping?
I fit the description
It’s two of them rushing me I’m on a solo mission
To get people to listen, but they pushing and kicking me
I’m on the ground when they telling me, “Cause of a gun suspicion”
It was in my pocket, ain’t trying pop it
When they scared of a brother with a gun no one can stop it
Then one of em lost it, and then I was shot quick
Officers took me to heaven, I’m dead and with multiple rockets
Didn’t matter I was good and living inside a mansion next to ball players
‘Cause of the move he made was drastic now I lay in a casket carried by my pallbearers
Fears what I see, making em kill a G
Rotten apple in the batch; don’t tell the rest to flee
This happened in Baton, R-O-U-G-E, even I fit the description
What if it was me?

What if it was me
What if I never got the one chance to be
Everything and everywhere I go, I wouldn’t see
If by your hand you took that from me
But what if it were me?
Laying right there
I’ll never get up again, it’s so unfair
My babies cry out
You never cared
Things that we do make each other so scared
So what if it was you there?
(Should I just) Take your life
(Should I bust) Make your wife widowed, withered, hugging the pillow
The scent of you still on her
Spirit she feels on her
The whole world weeps
Blood we all spill on her
And I know, it’s ill will; the pill’s hard to swallow
How should I feel when I’m being followed (followed)
By the words that you say to me? (Crazy)
And you saved my life, take my life 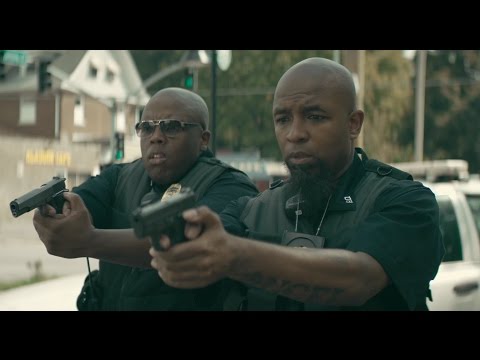